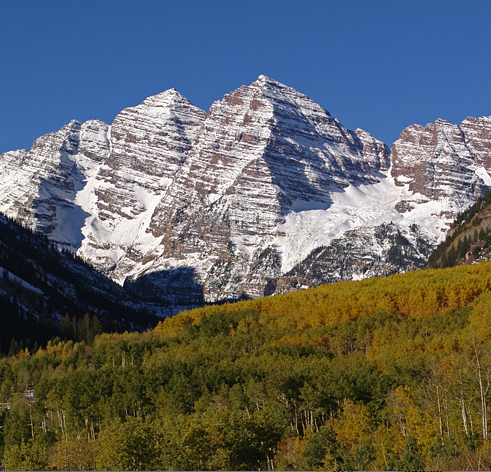 No wonder that Alexander carried the Iliad with him on his expeditions in a precious casket.  A written word is the choicest of relics.  It is something at once more intimate to us and more universal than any other work of art.  It is the work of art nearest to life itself….Books are the treasured wealth of the world and the fit inheritance of generations and nations.…Their authors are a natural and irresistible aristocracy in  every society, and, more than kings or emperors, exert an influence on mankind.

The United States Literary Award provides annual recognition for excellence in eight areas:  non-fiction (35 categories), fiction (5 categories), poetry, drama, film (screenplay), television (screenplay), music (lyrics), and lifetime achievement.  The awards are officially announced on the winter solstice (December 21st) at the web-site, through press-release, and by mailed notice, including the certificate signed by the executive director.  All award decisions are made on the basis of merit.  A self-published work or a work published by a literary press is accorded the same respect as a work released by a major university press or a venerated national house.  The goal is to find, and celebrate, excellence wherever it might be found, and share that discovery with a new constituency.  The 2013 awards recognize works published in 2012 and 2013.
Works may be submitted in any category throughout the year to:  John A. Murray, Executive Director, USLA, P.O. Box 102345, Denver, Colorado 80250.  There is no submission fee.  All submissions will be acknowledged by e-mail.  The current email address for the USLA program is:  johnallenmurray@gmail.com.

Nature:                   Aldo Leopold, A Sand County Almanac & Other Writings on Ecology and Conservation, edited by Curt Meine (Library of America).  Citation:  A monumental tribute to the most influential environmental leader and nature writer of the 20th Century.  Leopold led the effort for the creation of the world’s first designated wilderness area (The Gila, 1924), which ultimately culminated in the Wilderness Act of 1964.

Fine Arts:               Schenck in the 21st Century, The Myth of the Hero and the Truth of America, by Amy Abrams (Western Skies Press, Santa Fe, New Mexico).  Citation:  Fusing the innovations of Pop Art with the natural and human landscapes of the Southwest, Billy Schenck has created a timeless body of work.

Intellectual
History:                  Algerian Chronicles, by Albert Camus – edited by Alice Kaplan and translated by Arthur Goldhammer (Harvard University Press).  Citation:  The editor and translator are to be commended for providing readers with this indispensable chronicle by the quintessential French philosopher of the 20th Century.  Camus’s observations are timely and relevant with respect to the Arab Spring, and are particularly germane vis-à-vis recent events in Syria.

Biography:             Geronimo, by Robert Utley (Yale University Press).  Citation:  Robert Utley, the dean of western historians, has presented readers with a definitive biography that has been researched and written in accordance to the highest literary standards.

Philosophy:            Descartes’s Method of Doubt, by Janet Broughton (Princeton University Press).  Citation:  Dr. Broughton reminds us of Descartes’s primacy as a thinker who advanced skepticism and doubt as vital tools in the search for the truth.

History:                  Empires, Nations & Families:  A History of the North American West, 1800 – 1860, by Anne F. Hyde (University of Nebraska Press).  Citation:  Working brilliantly in the tradition of Bernard de Voto and William Goetzmann, the author explores the social changes that attended an age of transcendent progress on the continent.

Anthropology/
Archaeology:         Uncovering History:  Archaeological Investigations at the Little Bighorn, by Douglas D. Scott (University of Oklahoma Press).  Citation:  Douglas D. Scott has produced a stellar book for students and scholars on the most important battle in the American West.

Environmental
Advocacy:             Vanishing Animals of East Africa, by Nick Brandt (Abrams).  Nick Brandt is to be commended for this outstanding work of environmental advocacy, written and illustrated in the crusader tradition of John James Audubon, George Caitlin, and William Henry Jackson.

Illustration:             All of the Buildings of New York That I’ve Drawn So Far, by James Gulliver Hancock (Universe Publishing).  Citation:  Hancock inspires us to regard the urban landscape in new and liberating ways, as he “remaps” one of the great cities in the history of the world.

Music:                    On the Horizon:  Mississippi Hill Country Blues 1967, by George Mitchell (University Press of Mississippi).  Citation:  Mitchell takes us back to the birthplace of the blues and re-acquaints us with one of the most vibrant musical landscapes in modern times.

Law:                      Taking the Stand:  My Life in the Law, by Allan Derschowitz (Crown).  Citation:  Professor Derschowitz is the consummate American lawyer, and has remained vitally engaged in the central legal issues of his era for half a century.

Documentary
Photography:          Curb Service, A Memoir by Scott Sothern (Counterpoint).  Citation:  In the tradition of Weegee, Robert Mapplethorpe, and Diane Arbus, Scott Sothern preserves, in photographs and words, a rarely documented part of society as he sees and experiences it.

Political
Science:                  Losing the Center:  The Decline of American Liberalism, 1968 – 1992, by Jeffrey Bloodworth (University of Kentucky Press).  Citation:  In this essential work, the author documents, through detailed biographical and archival analysis, how the Democratic party began to unravel as it drifted from the mainstream that had sustained it from the 1930s through the early 1960s.

Jewish Studies:       A Jewish Life on Three Continents, by Menachem Mendel Frienden, translated by the author’s grandson Lee Wiessbach (Stanford University Press Studies in Jewish History).  Citation: This fascinating memoir, originally written in Hebrew, takes us back to the late nineteenth and early twentieth century, before Jewish life in Europe was changed forever.  Stanford University Press is to commended for this invaluable series.

Psychology:           A Natural History of Human Thinking, by Robert Zaretsky (Harvard University Press).  Citation:  The author explores the nature of human consciousness with a vigorous and original approach, and makes a well-reasoned case for the importance of social interaction.

Religion:                 Earthly Mission:  The Catholic Church and World Development, by Robert Calderisi (Yale University Press).  Citation:  With 1.2 billion members, the Catholic Church remains one of the unifying forces of civilization, and this fine book pays fitting tribute to the complex role of the church as a stabilizing force in the modern world.

Native
American:              Sun Chief:  The Autobiography of a Hopi Indian, by Don C. Talavesya, edited by Leo W. Simmons (Yale University Press).  A rare and exemplary book, first published in 1963, that ranks with Jason Betzinez’s I Fought  With Geronimo (1959) and the account of Pretty Shield (Frank Lindermann, Red Mother, 1932) as one of the classic biographies of American Indian life.

Asian studies:         Lost Enlightenment:  Central Asia’s Golden Age from the Arab Conquest to Tamerlane, by S. Frederick Starr (Princeton University Press).  Citation: A magisterial work of scholarship that takes us from the age of Mohammed to Marlowe’s Tamerlane.

Fine Art
Photography:          Absolution:  Fifty Photographs from Europe, by Roman Loranc (Photography West Graphics).  Citation:  For twenty years Roman Loranc has found rare beauty in the urban and rural landscapes of Europe and America, and his new book is a testament to the purity and strength of his creative genius.

Literary
Criticism:                Parabolas of Science Fiction, by Brian Atterly and Veronica Hollinger (Wesleyan University Press).  Citation:  This book represents a major breakthrough in the field of literary criticism, as it expands and develops an exciting new approach for the analysis of a relatively new genre.

Mathematics:          Love and Math:  The Heart of Hidden Reality, by Edward Frankel (Basic Books).  Citation:  Dr. Frankel has produced a magnificent overview of the challenges facing mathematicians as they seek to unify disparate areas of research on the frontiers of human knowledge.

Islamic Studies:      Pakistan’s Blasphemy Law, by Shememm Burney Abbas (University of Texas Press).  Citation:  This important work documents how the current rulers of Pakistan have used blasphemy laws to suppress dissent and impose conformity thinking on a people who yearn for freedom and are in desperate need of social and economic justice.

Legal
Decision:                Judge Richard D. Leon, Klayman versus Obama, United States District Court for the District of Columbia (December 16, 2013).  Citation:  Judge Leon is to be commended for the power of his reasoning and the eloquence of his writing in this key 4th Amendment case.  In his 68-page decision he wrote:  “I have little doubt that the author of our Constitution, James Madison, who cautioned us to ‘beware the abridgement of freedom of the people by gradual and silent encroachment of those in power’ would be aghast.”  His courageous ruling represents a significant victory for the rule of law in our country, and is written in accordance to the highest standards of his guild.

Education:              The Program Era:  Postwar Fiction and the Rise of Creative Writing, by Mark McGurl (Harvard University Press, new in paperback).  Citation:  An exemplary book that honestly appraises the efficacy of the AWP era, when universities profited at the expense of credulous young writers, most of whom found no professional employment and were faced with crippling debt.
Blogs:                     Jorma Kaukonen.  Citation:  No one has done more for American music than the former member of the Jefferson Airplane and Hot Tuna, who now maintains an Appalachian music center on his southeastern Ohio farm.  His blogs are always a joy to read, and will brighten any day.

Interviews:             Terry Southern, interviewed in 1967 by Maggie Paley, published posthumously in 2012 as ‘The Art of Screen-writing” (The Paris Review).  Citation:  Terry Southern, who achieved cinematic excellence with the screenplays for Stanley Kubrick’s Dr. Strangelove (1964) and Easy Rider (1969), greatly advanced the literary form during the modern film era.

W.S. Merwin:        Collected Poems, edited by J.D. McClatchy (Library of America).  Citation:  No other poet in the modern era has created such a radiant, unified, and timeless body of work.

Novel:                    House of Earth, by Woody Guthrie (Harper Collins).  Citation:  This novel forever enriches the cultural heritage of the United States, and enhances our understanding of, and appreciation for, the father of modern folk and protest music.

Short Fiction:         The Corpse Washer, by Sinan Antoon, translated from the Arabic by the author (Yale University Press).  Citation:  Sinan Antoon bears eloquent witness to an era of heart-breaking tragedy and violence in one of the oldest cities in the world, Baghdad.

Fantasy:                  The Lord of Shadows, by Erin Ewer (Liquid Fae Studios, self-published).  Citation:  An outstanding achievement in one of the world’s most ancient and distinguished genres.

Science Fiction:      The Dog Stars, by Peter Heller (Vintage).  Citation:  The author mixes James Dickey and Cormac McCarthy and creates an end-of-the-world tale that is full of strange twists and amazing surprises.

No award this year.

4000 Miles, by Amy Herzog.  Citation:  A resonant play that focuses on two lives in transition that intersect, and are then forever changed as a result.  In its compression and verisimilitude, it recalls the classic works of Tennessee Williams,William Inge, and Horton Foote.

Screenplay for Game of Thrones, Season III (HBO).  Citation:  The script mixes the lively spirit of the Elizabethan stage with the best of modern British screen-writing to take the medium to an entirely new level of serious drama.

Bob Dylan.  Citation:  For half a century, beginning with his first album in 1962, Bob Dylan has created immortal lyrics in the troubador tradition that began with Francois Villon, the venerated father of French poetry.

John A. Murray is the executive director of the United States Literary Award.